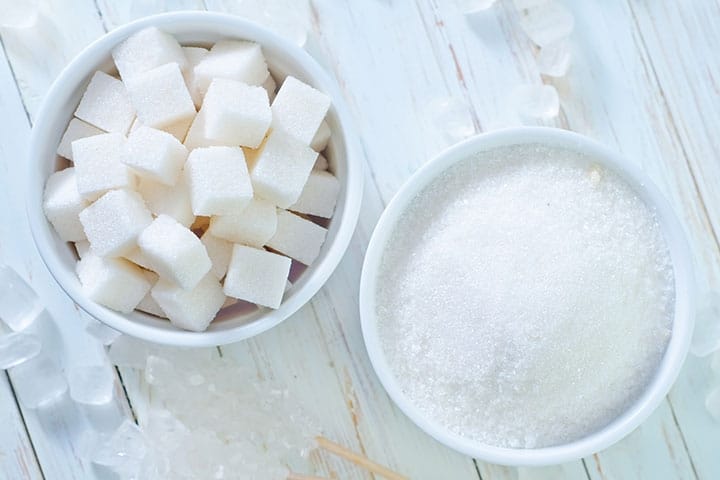 It’s a dirty five letter word. Sugar. We hear the ubiquitous stern warnings about this white manufactured evil every day. There’s books on how to give up sugar. Books on how to make desserts without it. Books written by celebrities on why they gave it up. Frankly you can’t walk past a bookshop these days without some sort of commentary being made on it. But the truth is, none of us really think sugar is as bad as everyone is making it out to be. After all, let’s face it, it’s just sugar. For most of us, at worst it’s a wicked indulgence and at best it’s a moment of respite in an otherwise hectic/bored/depressed/crazy day. If you have a sweet tooth, what’s a person to do? A little ice-cream after dinner or one chocolate bar isn’t going to kill you. Is it? Well, no it’s not. But neither (if you’re lucky) is jay walking across a six lane highway. But it isn’t recommended.

The truth is, and science is now confirming it, we are only just starting to understand exactly how damaging sugar is. And what’s more, the astounding correlation between sugar and other addictions.

For starters, sugar is more addictive than cocaine.

Now that’s a statement for you. Rats in a study regularly chose sugar water over cocaine. Even the rats who had developed cocaine addictions prior to being exposed to the sugar water, still chose the sugar water first (1). But it’s not just cocaine addiction that sugar mimics in the brain. What science has started to understand is that sugar has a symbiotic link to alcoholism. It’s exactly the same dopamine receptors in alcoholic brains that light up when we consume sugar. In fact, it’s the same D2 dopamine receptor that identifies alcoholics and addicts that we see in sugar addicts (2).

Alcohol is full of one essential ingredient. Sugar. Drinking alcohol is potentially one of the fastest ways to mainline sugar into your system, straight through your very absorbent stomach lining and into your blood stream. Then it’s on the super highway straight to the pleasure receptors in your brain.

So what’s going on biologically when we consume sugar or alcohol?

It’s when the brain undergoes neoplastic changes that the sugar addictive behaviour is no longer under voluntary control. These brain chemistry changes start from an increase in the levels of dopamine.

But what exactly is dopamine and what does it do? Dopamine is a chemical, a neurotransmitter, that is sometimes called the reward chemical because it produces pleasurable feelings. It’s so pleasurable that we will pretty much do anything for a hit dopamine. But the responding crash in our serotonin levels and the damage that, in this case, alcohol does to the dopamine receptors, means we require more sugar or more alcohol to get the same level of dopamine rush.

In one study, rats showed a distinct correlation between the dopamine released when consuming sugar to that when consuming alcohol (3). It is generally thought that alcohol is used socially for its positive affect. But with chronic alcohol exposure, it leads to adaptation in brain function that results in dependence. This is what neuroscience refers to as a transfer from social use to addiction via the process of neuroplasticity in the brain. Neuroplasticity is the brain’s ability to change and reorganise itself by forming new connections between nerve cells. It’s a bit like re-routing the GPS in your car to take a different path. With alcohol and sugar it’s the change in brain chemistry, that is, a change in the neurotramsimtters, such as levels of dopamine and serotonin, that trigger the neuroplasticity of your brain to re-route.

So what’s the message? Enjoy sweet things on occasion, not daily. Drink alcohol irregularly and on occasion. Not daily.  Support your healthy brain this summer!